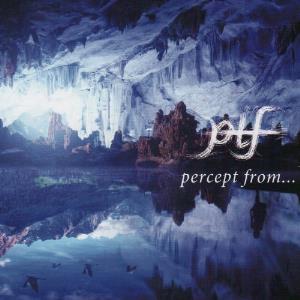 We are back in instrumental symph prog land again. Although with a twist, though. Symph prog is perhaps the wrong genre to lump this band into. Their music has more in common with Mahavishnu Orchestra's fusion than with the likes of Camel and Genesis. So let's drag Ptf out of the symph prog genre and put them where they really belong; in the fusion genre.

The music is dominated by violins. It is supported by keyboards, bass and drums. The violin is though dominant. It reminds me a lot about what Jean-Luc Ponty did on the two Mahavishnu Orchestra albums he did. In particular on Visions of the Emerald Beyond. Ptf's rhythm section is also really good and I also very much enjoy the piano here.

The music is also very passionate and gypsy like at times. There is a lot of thumping pulse on this album. There are also some reflective pieces which takes the tempo down a couple of notches.

The end result is a very good instrumental fusion album which sometimes also wanders into symphonic prog. An album which should give this band a lot of new fans also outside Japan. They are doing a lot of gigs in Japan and those who lives there should check them out. Get this very good album from Amazon or thereabouts.