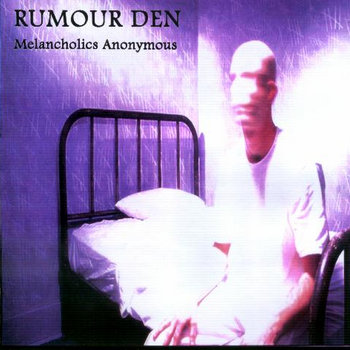 The debut album from this band from Northern Ireland. Originally recorded in 2002, released through Bandcamp ten years later.

Both Rumour Den and this album has been compared to a Porcupine Tree album. I have to admit I am not that into Porcupine Tree. But I guess that is a good label and not one to scare people away from this album. In my own words, I would describe Melancholics Anonymous as an album full of intelligent, cleverly written & performed art-rock songs. They are performed with the usual setup, sometimes helped with orchestral instruments (sampled). But the basis is guitars, bass, tangents, drums and vocals.

The vocals are excellent. The same goes for the sound and the other instruments. The songs are great with some suberb tracks too. My only gripe is the lack of a big signature track which would had elevated this album to a masterpiece. But by all means; this is a highly impressive album which should appeal to all art and college rock fans. I hope this is the first of many albums from this band.