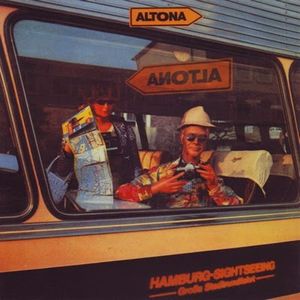 Altona started up by members of Thrice Mice. Something that does not tells me much. But the music is pretty much American sounding. It is a mix of jazz, soul and blues. Southern rock springs to mind. This album could have been recorded by a band from the deep south. Even the vocals are pretty much American here. This album is not the krautrock album it was sold to me as.

The guitars are a bit krautrock like. Guru Guru, to be precise. But the vocals, the bass, drums and woodwinds is very much American sounding. Alabama goes Dusseldorf. That is what this album sounds like to me.

The music is good though and I am by no means feeling cheated. There are even some really good songs here. The sound too is great. It is a very enjoyable listen the first times, but I got a bit tired of it during the end of my listening sessions. The longviety is not long, I am afraid. But this is a good album though.