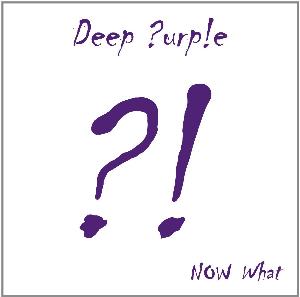 The brand new Deep Purple album has been both branded as their return to form and a prog rock album too. Hence, I purchased it.

I gave up on this band after the poor House Of Blue Light album. I have never heard a song from the Morse/Airey lineup. Not because I cannot stand them. It is just that I could not be bothered. I am also missing John Lord. The band is touring this planet nonstop and is having a great life. That and success. They fully deserve it. So I have given their albums a wide berth.

Until I heard all the good things about this album, that is. Words which I felt is not justified based on the first half of this album. The first songs is cheeky, typical pop-hard rock Deep Purple. Tiresome in my view. The final half of this album is what really interest me more and which justifies the praise it has got. The music is harder and more elaborate. The compositions is full of flesh. Don Airey and Steve Morse shines a lot on this album and they feels right for Deep Purple. Even Ian Gillan, which voice is reputed to be finished and dead, really comes alive here.

In short; this is an album in two halves. The first half is decent enough. The final half is bordering to being great. It feels like even Deep Purple has woken up again and released their best album in ages. Just like many other dinosaurs has done during the last two years. We are indeed living in the golden age of music. Enjoy.