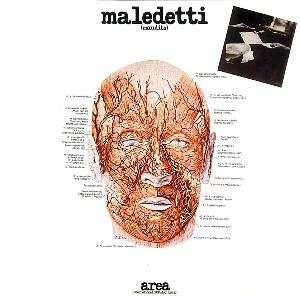 The fourth album from this Italian experimental prog rock/jazz band.

Area under the guiding light of their dominant vocalist Demetrio Stratos was always very experimental and avant garde. Maledetti takes avant garde to a new level again. During this forty-two minutes long album, we get everything from RIO to classical music to space rock and jazz. All of it really out there in the outer space, spaced out and not easy to grasp.

Maledetti is very much an album which proves Area's relevance and I am glad I got this album. It is not a great album though. It feels too fragmented and it has some not so good music. It is still a good album though.