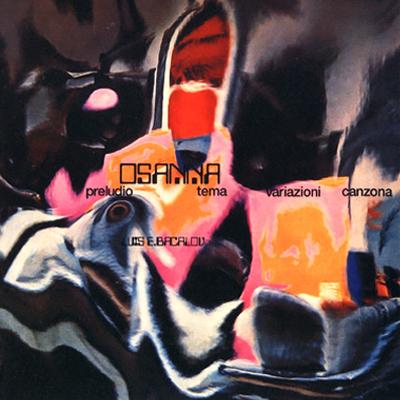 The band was a five piece band here with a lineup of woodwinds, bass, guitars, drums, synths, drums, percussions and some vocals.

This album is a soundtrack of some sorts although I am not sure which movie had the pleasure of hosting this music.

I was not the best pleased about their debut album L,Uomo. A pretty chaotic album. So I had no high hopes about this album.

Milano Calibro 9 is a soundtrack and feel like it. A lot of instrumental music with classical music leanings. Johan Sebastian Bach comes into mind here.

A lot of the music is a bit baroque music too. But there is a lot of hard rock here too. It is a nice combination.

There is also a Broadway musical theatres like tee jerker here too at the end of this album. The five minutes long There Will Be Time sounds like a musical song and I guess it was a big song from Osanna.

There is also a lot of epic music here which twists and turns. And that makes this a good album. There is no true great piece of music here. But this is still an album well worth checking out.