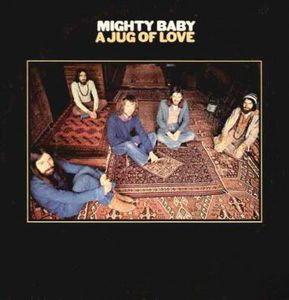 The band was a five piece big band on this album with a lineup of guitars, bass, drums, piano and vocals.

I pretty much liked their 1969 self-titled debut album. Good psych prog. It is also a recommended album.

The band has changed 180 degrees and to a new genre on this album who was released two years later.

Take a big chunk of Neil Young and country from the USA. Take some Grateful Dead and a lot of psychedelic rock too. Take Jefferson Airplane too. That is when you sort of ends up with this album.

Where the debut album was brash and youthful, this album is much more pastoral and laidback. The art work above kind of tells the story.

There is a lot of piano and guitars where with vocals. And that is basically that when it comes to creating some noise. Pastoral and understated indeed.

The songs are not great. But this forty-three minutes album is still very charming and pleasing on the ear. It is not a classic. But it is an honest album and a fine farewell from a band who were here only for a few years. Check out this good album.