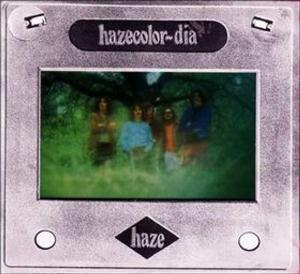 The band was a five piece band with a lineup of guitars, bass, drums, organ and English male vocals.

This band should not be confused with a British neo-prog band of the same name. A band far more famous and prolific than the German version of Haze.

Haze is very much in the middle of the 1971s hard-rock scene with this forty minutes long album. There is a lot of hard organs and guitars here. A lot of hard drums and bass. And a lot of loud vocals too.

The music is hard-rock with a lot of blues, psychedelic rock and symphonic prog influences. Five tracks, forty minutes. That means long songs. The shortest one at six and a half minutes long.

The songs are really clever and well crafted. They have a psychedelic flavour, all of them. But hard-rock is the basic here. Hard, clever rock.

The guitars from Heinz Scwab are really good. Ditto for the vocals from Christian Scherler. The organs adds a lot of flavour too.

The end result is a good album which is really worth checking out for those into early 1970s hard-rock. I have really enjoyed this album.