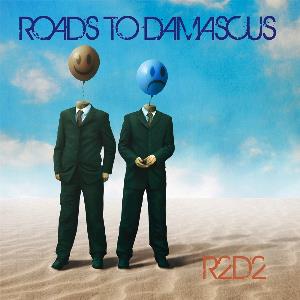 The second album from this north-east (Aberdeen ?) of Scotland band.

I was not overly impressed by with their debut album One from 2009. Decent music, but just that.

The band has expanded from a duo to a proper fabelous four on this album. The lineup is guitars, bass, drums, keyboards and vocals.

The band has also got themselves a bit of an identity too. A bit of a sound. Which is a very positive development.

Neo-prog is still the basis here. But not the beginning and the end of it all. Far from it.... The band Runrig from Skye on the other side of Scotland made a very good sound on their albums. I believe Roads To Damascus has had a bit of a look in that direction as some of the music and the sound is leaning towards Runrig. We are not talking copycats here. We are talking inspirations here.

Roads To Damascus has aquired quite a useful Scottish sound and ambience.

The music is not that symphonic. It is not symphonic at all. It is normal verse-chorus-verse with some solos inbetween. Short songs, but still pretty punchy short songs.

The end result is an one hour long album. An album with some very good vocals and some good songs. The musicians is doing a good job too and the sound is good and Scottish.

This is a good album which has surprised me as I did not have much expectations after that debut album. Check out this album.