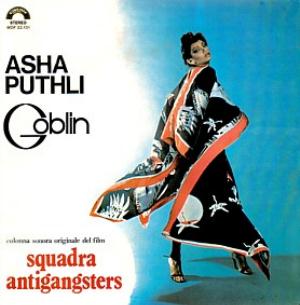 The band was a quartet on this album with a lineup of guitars, percussions, drums, bass and keyboards. The band had hired two vocalists from USA/UK on this album. One female and one male vocalist.

This album is a soundtrack. Most of Goblin's albums is soundtracks. Hence, they are a bit.... make that a lot of hits and misses.

The film has been described here. The film did quite well a the cinema. This album though is a big, big miss.

Take funk, disco and some fusion. Some very cheap and nasty fusion, funk and disco. Compile it into an album and you get this album. This music is mainly a view into the worst part of the music scene anno 1979. Muzak is the prettiest word I can use on the best parts of this album.

The best music here is pretty dire. The worst parts of this album is dismal. It is so cheap that it feels like a parody. A parody on the worst of the worst.

Avoid this as you would avoid some nasty viruses.