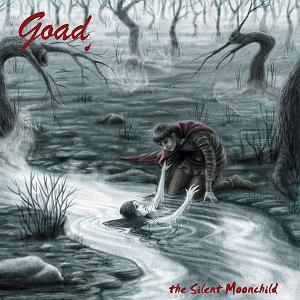 Goad is a five piece band with a lineup of guitars, violins, flutes, keyboards, bass, drums and English vocals.

Black Widow Records has released this album. This label is more than slightly interested in occult rock. Some of their bands is occult rock bands. All their bands has a dark sound.

Goad is no exception from this rule. I am not really sure that they are an occult band. But their sound is very dark and very original. I have reviewed three of their albums and I cannot remember any other bands with the same sound and conceptual music. Goad is one of a kind, I believe.

Their music is still very melodic and it has elements from AOR, stadium rock, RPI, classical music and symphonic prog.

Maurillio Rossi's vocals is very original to say at least. Very dark and at times very operatic vocals. But nowhere near metal vocals. The vocals are indeed very melodic and pastoral. They have to be heard to be believed and they take some time to get used to. I got no problems with them, whatsoever. I think they are very good.

The music on this fifty-six minutes long album is a bit hit and miss. There are some operatic symphonic prog stuff here and some AOR stuff here. All of it is dark as a thunder-storm. Which pretty much describe this music and this album.

This is not a great album. But it is a good album where most stuff works out very well. I think this band deserve a lot more listeners than they have got now. Check them out.