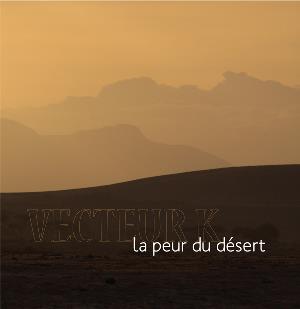 Vecteur K is a five piece band from the French speaking part of Canada. The lyrics are all in French.
The lineup on this album is bass, drums, keyboards, guitars and vocals.

I have heard next to nothing about this band. They have so far released two albums and I have got both of them. This is my first dip into their domain, their ocean.

The music here is pretty heavy at times without being progressive metal at all. The music is heavy as in good old hard rocking. Add a lot of old symphonic progressive rock too. Not to mention their countrymen Rush. You can also add Porcupine Tree to their sound and music too. Add a lot of jazz too.

The vocals is pretty great too. I like the warm male vocals here.

The music is pretty well devoloped and sophisticated with a large emphasis on guitars. Both half-accoustic and electric. The band has got two guitarists and that is evident in their music.

It is a pity that there is no real good songs here. The band has done everything right bar writing good songs. There is still enough positives here to take with me. It is a decent to good album.