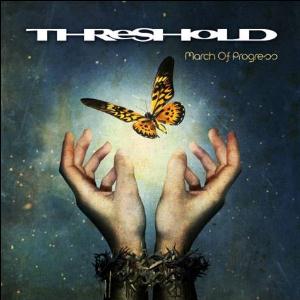 The ninth album from this British band.

The band was a six piece band on this album with a lineup of guitars, bass, drums, keyboards and vocals. Damien Wilson, the vocalist on Wounded Land and Extinct Instinct, has again taken over the vocals duties. Karl Groom is as usual in the charge of the band.

I thought the band was going to change and become harder when they signed with Nuclear Blast. Two albums in on this contract and that has not happened.

The songs on this seventy minutes long album is both measured and interesting. The band is exploring some new avenues here. This is therefore a bit of an unusual Threshold album. It is not a break with their style and tradition, though. Fans of this band will still like this album.

There is no great tracks on this album and that is my main gripe with it. The album is still a good album and one to saviour. Check it out because Threshold is a pretty unique band who deserve all respect and support they can get.