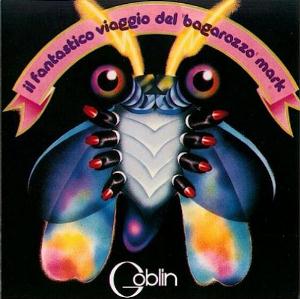 The band was a four piece band on this album with a lineup of guitars, bass, drums, keyboards and vocals. A saxophone is guesting here as a fifth member of the band and lineup.

I have decided to run through the remainder of the Goblin albums this year after previously reviewed a couple of albums for ProgArchives.

I am not a big fan of movie soundtracks. Hence me delaying reviewing the remaining albums of my Goblin collection.

... Hence, I was surprised to find a proper band album when I started to listen to this album. This is not a movie soundtrack. Well, maybe it is. But it sounds more like a proper album to me.

The music is Rock Progressiv Italiano.... RPI. The music is slightly edgy with a hard edge and some heavy rhythms and guitars. This inbetween some more pastoral pieces too.

The album is thirty-five minutes long and it is a pretty typical RPI album. What is lacking is the more Italian pop and folk rock stuff most RPI albums has got. This album is leaning slightly more on the English sound with early Deep Purple as a good reference. The Italian vocals makes it a bona fide RPI album though. The same goes for the guitar sound.

This is by all means a good album. Good to very good and there are some very good stuff here which elevates this album to a very good album. It comes recommended from me. Onwards to the next Goblin album and this time with a lot less trepidation.