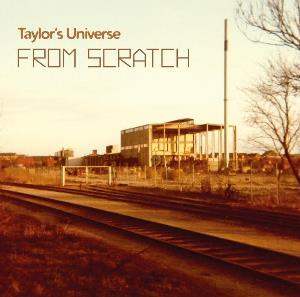 The fourteenth album from this Danish band.

Taylor's Universe is a five piece band on this album with a lineup of guitars, bass, drums, clarinet, saxophone, drums, Minimoog and keyboards. They also get some help from other woodwinds and vocals.

I pretty much liked their previous album, the 2013 album Evidence. Good avant-garde jazz. See my review and check out that album too.

From Scratch is much more an avant-garde album than a jazz album. It has some strong Univers Zero and Present influences. It also has got some chamber rock influences. Very strong ones, in fact. It very much follows the RIO movement and their sound.

The music on this forty-five minutes long album is pretty dark and sinister. Very sinister and menacing at times. It also has this horror movie soundtrack feel the likes of Goblin used.

There is also a lot of zeuhl influences and indeed zeuhl here at times. In particular on some of the vocal pieces.

This is by no means easy listening stuff, this album. But it is still pretty melodic and it is easy to follow... and indeed enjoy this album.

My only gripe is that xtra little twists and turns I expect from a great avant-garde album. That is not present here. But this is still another good album from this Danish band and one to check out.