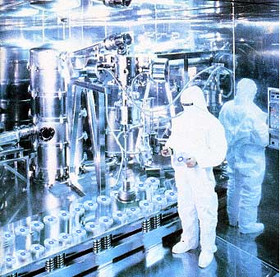 Porcupine Tree was a quartet on this album with a lineup of guitars, bass, synth, keyboards, strings, drums, woodwinds and vocals. The most imporant man in today's prog rock scene, Steven Wilson, is both at the guitars and on the vocals.

I very much liked their previous album, the 1996 album Signify. A great album by all means.

I am also a slow starter when it comes to both Steven Wilson and Porcupine Tree. I have had other priorities despite of off course admiring his work and his energy level. I also guess he is an unassuming man. Great for the scene, in other words.

This one hour long album follows up very nicely the great work at Signify. In other words; highly intelligent and smart progressive rock. Progressive rock somewhere between post rock, psychedelia and heavy prog. And add eclectic prog too. The music is both eclectic and commercially open at the same time.

There is a lot food for thought here. All of the album. From the first haunting words on the great opening track Even Less to the music itself throughout this one hour with the band.

My only gripe is the lack of a truly brilliant song. Besides of that, this is a great melodic eclectic progressive rock album. Get it.