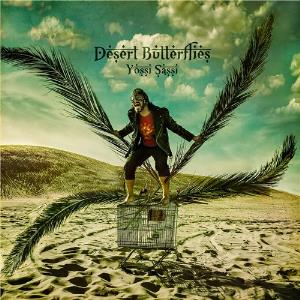 The second album from this Israeli artist.

Yossi Sassi was the founding member of Orphaned Land. Their albums was pretty groundbreaking to say at least. These albums also mixed Middle-East folk music with progressive rock and metal.

And that is exactly what Yossi Sassi does on this album too. It comes across as a more polished and more folkier version of Orphaned Land's output.

Yossi Sassi has got help from a lot of musicians here. That include the excellent guitarist Marty Friedmann. The lineup is guitars, bass, drums, keyboards and some weird local instruments. Mostly local instruments.

The music is like Camel going to the Middle-East. There is a very strong Middle-East flavour throughout this mostly instrumental album. And the music is mostly good to very good. It has a nice flow and an exotic feel.

The album is forty-four minutes long and it ends with a rather bad pop song with female vocals. I am not sure what that song is doing here. But it does not add anything positive to this album. Why the heck was it included ?

The end result is a good album with a lot of spicy flavours. Check it out.