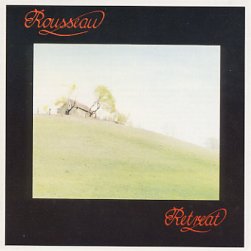 Rousseau was a six piece band with a lineup of guitars, flutes, bass, drums, keyboards, synths and some vocals.

The band returned three years later with much of the same.

Camel is still a very good reference here. Some vocals, but not many tones, has been added. The vocals are fairly good vocals. It adds spices and context to this album.

The music is mostly pastoral and gentle. I have seen other reviewers has referred to this album as from the Moonmadness era of Camel. Which sounds good to me. I am not a big Camel expert. Neither am I a big fan of that band.

The result is a gentle, good album. A forty minutes long album. An album which does not surprise or shock me. It has plenty of flutes, electric guitars, acoustic guitars and keyboards. It has good melodies too. But not any great melodies. The result is a good album. Check it out.