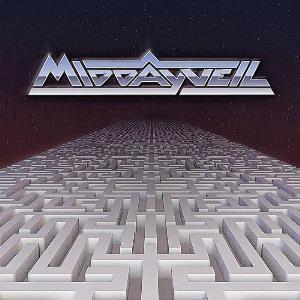 This band is a six piece band with a lineup of guitars, bass, drums, synths, computers and female vocals.

I was pretty impressed by their 2013 album The Current. Good krautrock in the vein of Brainticket. So I was looking forward to this album.

The art-work reminds me a lot about old thrash metal albums from the 1980s. A bit tacky and nasty, but still a good art-work. So I did not really know what to make of this album before I put it on.

The band has developed a bit since their previous album The Current. The krautrock is still there. But you can also add on a lot of electronica and trip-hop.

The sound is indeed very contemporary and Emily Pothast's very flowery vocals floats on the top of some very trippy spaced out music. Trippy and spacy..... but still melodic.

The music is pretty understated and at times, very pastoral. No big bangs and no big walls of noise can be found here. Understated, the music here is indeed. This throughout these forty-two minutes of music.