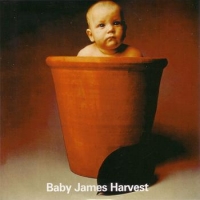 BJH And Other Short Stories was a great album and one that made me buy this album, the follow up to that album. The band still sounds like a bit of a poor man's Moody Blues with a mix of classical music, blues and very The Beatles influenced songs. Baby James Harvest has a mix of everything.

I am afraid this is only a decent album from a band I had expected a lot more from than this.