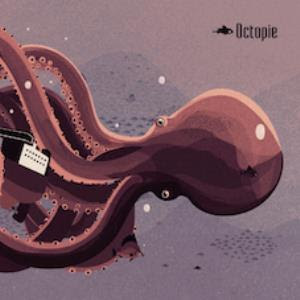 The second release from this Finnish band. An EP, no less.

What is an EP and what is an album is a bit unclear. OK, the length of this release is just twenty-seven minutes and I guess that is three minutes short of an album. ...Although Slayer's album Reign In Blood was shorter.

The Octopie EP consists of four songs and they are following on from the previous year's debut album Fresh From The Oven. The octopus theme is also being kept on here too. Not a bad idea. The music is also playful too. The album... sorry... EP starts out as a Jethro Tull album with flutes and the full Jethro Tull sound. It soon turns in the direction of the Norwegian band D'Accord. Heavy folk prog in other words with a lot of eclectic and symphonic prog elements.

The end result is a great EP with full of guitars, Hammond organs, flutes, drums, bass and some great vocals. Finland has got themselves a new great band. This EP is also the perfect summer soundtrack. Check it out from the link below.