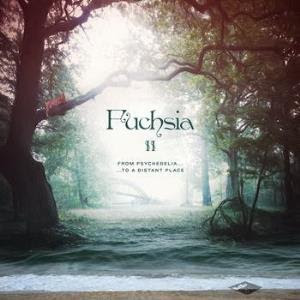 Some says this is their third album though. But Tony Durant, the only remaining band member from the 1971 self titled debut album does not regard their 2005 album as a full worthy studio album. Tony Durant is right. So, we have forty-two years between the debut album and the follow up album.

Those who got the debut album and/or has read my review of it from earlier in June 2014, remember that this band is a typical English folk rock band. Even a folk music band. They have not changed their style forty-two years later either. You get Tony's vocals helped by violins, guitars, cello, accordion, bass and drums. Very folksy, very conservative folk rock.

Tony got a good voice and he is carrying the songs perfectly. They are all based around his vocals with cellos and the other instruments backing them up. The cello arrangements are very good. Ditto for the guitars and violin arrangements. The songs are pretty elegant themselves, these forty minutes divided on nine songs.

The five minutes long Crossing The Big C is the best song here with a driving good melody. That melody is as the other melodies mid-paced and dynamic. That is why I like this album. It is elegant. The lack of a great song or three is almost forgiven here. But it cannot be forgotten. What we have here is a good album which will appeal to the folk rock fans out there. Don't pass up on this album.