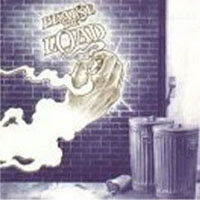 USA also have their own take on whatever we Europeans is throwing at them. ELP toured USA and some kids made their own US versions of what ELP did. The Load is one of those. Take a large slice of Keith Emerson's keyboards and music. Then you add a lot of US humour and vaudeville pop music. Add some college and high school culture too and you get this album. Well, I hope they were not serious when they asked us to Praise The Load. Or they may have been barking mad.

The result is this album. A pretty playful album with a lot of Johan Sebastian Bach like classical music played on both piano, keyboards and Hammond organs. Add drums, bass and guitars too this album. And then some vocals. The end result is pretty much circus-comes-to-town like. And yes, there are some circus music here. The Wilhelm Tell overture and Brandenburger # 3 is all here. And ditto for a song with some very flimsy, silly lyrics.

The end result is a cheesy album to say at least. The keyboardist Sterling Smith is doing a great job on some material which is neither innovative or particular great. I have kind of gotten an overdose on this type of music now, with ELP and all their spawn offs. This is a very decent to good album though which I believe may get ELP fans to listen up.