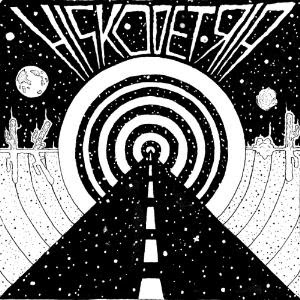 As the album title alludes to, we are again taking a trip down the kraut & space rock alley. The band is claiming their music is hypnotic grooves based space rock. Which is true. For a change, a band is right.

The lineup is keyboards, vocals, guitars, bass and drums. This fifty minutes long album contains four songs. One of them is a cover of the blues standars On The Road Again. An extended cover, given a solid krautrock treatment. That includes some dubious vocals. Their two vocalists was not born to sing, let me put it that way. I have heard cows doing better vocals than this. Their three own creations is much more hypnotic grooves based, taking the listener to outer space and back. The sound is as dirty as it should be.

This type of music is simple, but also very effective. There is no great music on this album and there are far better albums in this genre than this one. This album is still a good album, well worth checking out for those into this genre. A weak good rating is awarded.