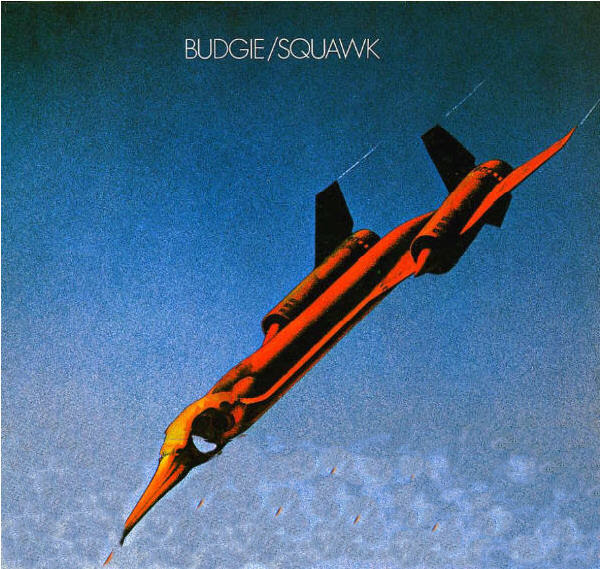 The second album from this Welsh band.

Budgie got themselves a very good name for their bluesy hard rock. I quite liked their debut album too, reviewed back in October 2012. I will review the remaining albums during the rest of this year, starting with this one.

This album is a bit of a strange head-case. The first half of it is a bit of a matter of standard hard blues rock. A lot of pretty clever riffs, but pretty empty on interesting melody lines. You get the usual power trio lineup here. Bass, drums and guitars. It is like a raw version of Led Zeppelin. Not particular interesting.

The penultimate song Young Is A World are much more in the psychedelic prog vein. It also has a lot of pop music attributes. The final song Stranded is also a much more developed bluesy rocking song with multi-layered riffs. Two good songs which elevates this album to a new level. Well, up 0.5 points in my estimations. That makes this a decent to good album and a step backwards from their good debut album.