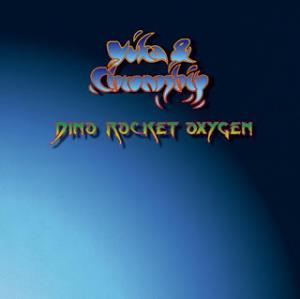 What is the difference between shopping mall music and symphonic progressive fusion ? The second album from this Japanese band is very much operating on this border with one foot in each country.

Yuka & Chronoship is one of these cleverest-kid-in-the-class bands. Very bright in what they do, but not particular social intelligent. What these bright kids more often than not produces is albums like this one. Dino Rocket Oxygen is an instrumental album where a female vocalist is also showing up and uses her vocal chords as an instrument on one track. The main instrument is keyboards though. Lots of it. But guitars, bass and drums is also included. This is actually not a keyboards saturated album and I have to compliment the band for showing this restraint. The melodies is also surprisingly organic.

Some of the melodies here are very good. The first three tracks has a mix of symph prog, King Crimson'esque hooks and some good jazz bits. Those tracks is a false dawn, though. The rest of the album is a mix of fusion and very slick shopping mall music. Watered out fusion, in other words.

In short; Dino Rocket Oxygen is a bit of a frustrating album as it has some great stuff and some pretty abysmal stuff. Three points is an average and safe collection of points for this album.