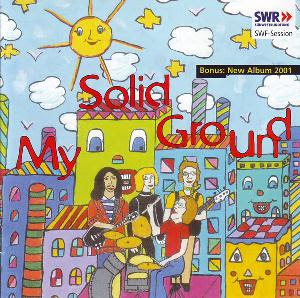 The final sign of life from this German band.

My Solid Ground's self titled debut album from 1971 was a very good krautrock album. So they got a session at the SWF radio station where some of these tracks were recorded and broadcasted. There is also an album recorded in 2001 included here. So this is an album in two halves. A sixty-five minutes long album.

The first part is the SWF sessions and this is solid krautrock with a lot of spaced out ideas and melodies. I really like this part. Even the sound is very good here. You can hear the 1970s sound loud and clear. You can hear how great this band was.

Their 2001 album is also very good. More krautrock and all the mod cons soundscapes. Pretty long and dreamy krautrock tracks with a jazzy feel which prove that this band also has a lot to offer these days too.

SWF albums does not have the best reputation in my house. This compilation offers up some very good music and comes recommended.