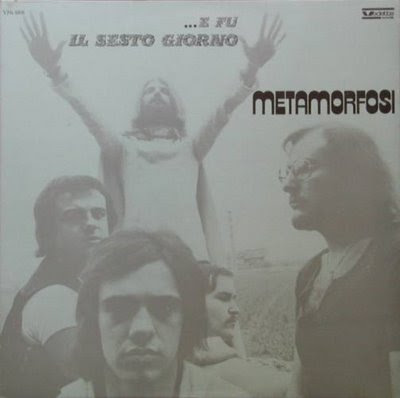 The debut album from this Italian band who went on to releasing a widely perceived masterpiece in the form of Inferno. That was their second album.

This is their debut album though and we meet a band in the middle of a transition from being a 1960s inspired psychedelic rock band to become an ELP/Le Orme inspired Italian symphonic prog band. The band had their legs in both camps on this almost forty minutes long album.

The band used all the Italian prog instruments here. Flutes, Mellotron, Hammond organs, Moog, bass, guitars, drums and Italian vocals. The vocals are very good. Ditto for the sound which still retains the typical Italian prog sound from the 1970s. A great sound in my ears. The Italian folk rock sound is also very evident here.

There are some catchy songs here and some more psychedelic rock songs inbetween some symph prog work outs. The end result is a good album without any great songs. It is still an enjoyable album I really recommend to all fans of Italian prog rock.