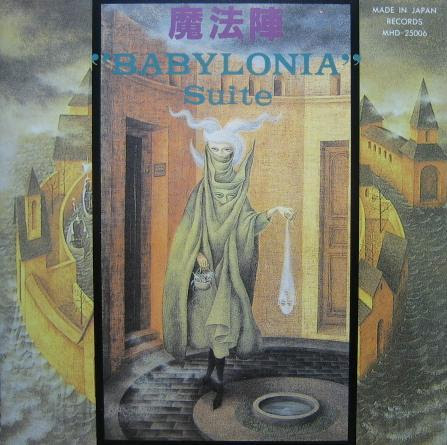 The one and only album from this Japanese power trio.

Well, we are not talking hard rock here. We are not talking Rush copycat. Far from it. Their setup is exactly the same as ELP with a keyboardist, bassist and drummer. Though with Japanese names and a story nobody but themselves knows. There is not much info on this band.

Their music is in the same vein as ELP and the first Triumvirat albums. That is cascades of keyboards supported by bass and drums. Which frankly is not the most interesting music unless you are a keyboards freak. Which I am not. Not by any means. When that is said....

... This is quite an interesting and very enjoyable album. The band has made and recorded some good music on this thirty-six minutes long album. An album I really like. Well, in small dosages. Yes, the album is sometimes approaching airport/elevator music. But most of this album is very dynamic and has a spring in it's step. So much that it is, quality wise, not far off the standards set by Triumvirat and ELP. This is a good album and one recommended to the fans of those two bands.