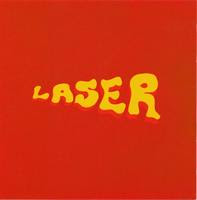 The Italian prog rock scene has got their fair share of one albums only bands. The reason maybe that recording an album was hideous expensive back then. If you did not sell many albums, you were down and out. In many cases, that also meant that their record label was down and out. Your next job was in the docks or as a hard-working laborer on a building site.

Laser was one of those bands who did not make it in the record stores. The main reason was probably because this album was as much in fashion as a horse and a cart on a busy motorway. The music here is basically Italian beat with some pop and psychedelic rock influences. The music is pretty hard too.

The music is performed with guitars, Hammond organs, bass, drums and Italian vocals. The vocals is shrieking and thin. Sometimes it is downright false. The vocalist is simply not hitting the notes. Very bad and not so endearing to the buying public back then who had a lot of great vocalists to choose between. The vocals here is probably one of the most inept I have ever heard on an Italian prog rock album.

There are some half decent songs here. That saves it from the turkey yard. Barely. Don't pay hundreds of dollars for this album. Just ignore it.