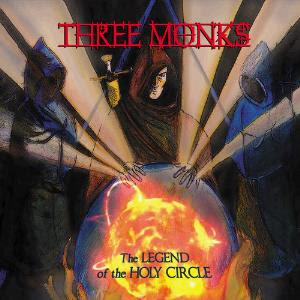 The second album from this Italian church/pipe organ project.

Paolo Lazzeri has gone for a much more pastoral sound this time. One of the tracks has an almost Chinese classical music feel. On other tracks, he goes a bit more down the bombastic aural assault path. The music here is by no means soft or ambient. This is still a pretty bombastic album which will give most people a lot of joy.

This album does not have those "hits" the debut album had too. The melodies here is much more subtle and deeper to a great deal. We still get almost an hour with neo-classical pipe organ music here though. It is still the type of music I have not heard anyone else do. Three Monks is a genre in themselves and this is a very good album, bordering to a great album.