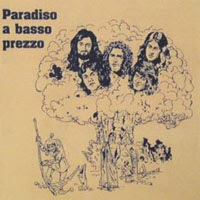 A 1973 live album from an Italian band whose only sign of life is this album. This band briefly appeared and then died again within a couple of years. No studio recordings has been found.

We are on the more jazzy and eclectic end of the Italian prog rock rainbow here. Gnidrolog springs to mind and so does Area. The music is very complex at times. The band is really pushing the envelope a lot here. Hence; no commercial success then.

What is really galling here is the very poor sound quality throughout this one hour long album. If the band had released the material on a studio album, that would had been quite an album. The cascades of keyboards, vocals, pianos and guitars can be heard. The small details cannot be heard, though. The songs seems to be great though. They are all being killed by the piss poor sound quality.

This is a decent to good album which I cannot really recommend due to the sound quality.