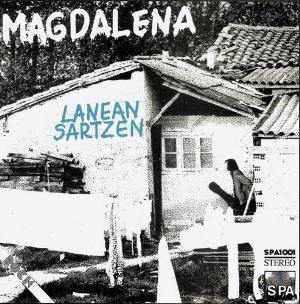 The so far only album from this Basque region, Spanish band.

Magdalena is connected to the most famous Basque region band of them all; Itoiz. I am not familiar with them and the connection between those two bands though.

We are in any case in the prog folk/folk rock genre here. Basque folk rock, that is.... or Spanish folk rock if you want. The vocals are in either the Basque language or in Spanish. I don't know. This album is by no means a run of the mill folk rock album. Take a large chunk of folk rock, add some heavy guitars and some very jazzy, funky that is, melody lines. The result is a very Spanish album with a lot of passion and life. Music done by guitars, flutes, keyboards, bass and drums. That and the vocals. Good vocals, btw.

The end result is a good album with a very good sound. There is no great songs here. I like Spanish prog a lot and this album is right up my street. Check it out if you can.