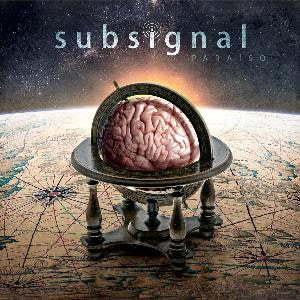 When the most recent German output in the neo prog genre has been more melancholic and somber, Subsignal has a different take on the genre altogether. OK, still a bit melancholic. But most of the album is very commercial with a strong emphasis on good refrains and hooks. There is a lot of sing a long stuff here during the first half of the album and it makes me cringe a lot. This is pop rock. No less; no more. It is also pretty cheap and bereft of any interesting details.

The album picks up a lot on the best song of the album, the duet with Marcela Bovio named The Blueprint Of A Winter. A melancholic song with a strong melody and great male and female vocals. A great song miles better than the rest of this album. The rest of the album is more in the neo prog meets prog metal vein.

This is an album of two halves where the first half is not good at all and the second half shows a substantial improvement. That elevates this album up to a good standard. I don't think I am signing up to a membership of their fanclub, though.