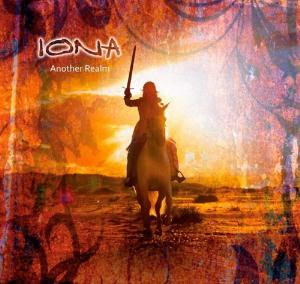 The seventh album from this British band. A band who has taken their name from the small Scottish island just off Isle Of Mull, an important place of Christian pilgrimage even these days.

Iona's music is a more Celtic folk music influenced prog rock than the likes of Mostly Autumn. In this respect, they are slightly more leftfield folk rock than the other Celtic folk rock inspired female fronted bands. Iona's music is also leaning more towards Enya too than rock and metal. Well, the music is very soft here. But not as commercial and sickening sweet as The Corrs. Far from it. The music here has a solid symph prog foundation although I don't think the band see it that way. Or maybe they do.

The album's focal point is Joanne Hogg's excellent vocals. There is also uillean pipes, tin whistles and all sorts of Celtic folk music instruments here in addition to bass, keyboards, guitars and drums. The list of instruments here are too long to include here. This is a double album, lasting for almost one hundred minutes. Good value for money.

Some of the music here is pretty complex in a symph prog vein. Other parts are more dreamy as in Enya'ish. Some songs are more melodic again. Another Realm caters for a lot of tastes and musical preferences.

My main gripe, my only gripe is the lack of any really great songs here. There are none. I really like the sound though although this album gives me a slight Celtic folk music overdose. This album has grown a lot on me though. But not enough. I award it a weak very good award as I am sure I will like it even more in the years to come.