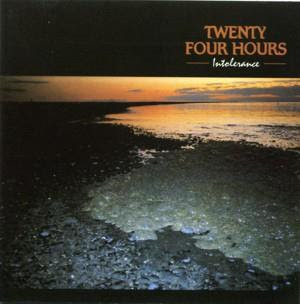 Their second album. I reviewed their first album back in April this year.

Twenty Four Hours is a bit of a strange Italian band who has been operating well below the surface. Their sound is a mix of English indie rock, space rock and Italian prog. That and some folk rock too. Their music is strange with piano, accordion, synths, bass, drums and vocals as the main ingredients. It gives their music a pretty strong gypsy flavour. The music also has some country flavour.

The sound is not bad at all, this being an album from the 1990s. The music on this album is follows up from their debut album, the pretty good The Smell of the Rainy Air album from 1991. Intolerance follows in the same path. Good melodic music with good vocals and a lot of interesting details to keep the listener interested. This is not a great album though. Some great songs is missing. But this is still a good album and a more than good free download from an intriguing band.