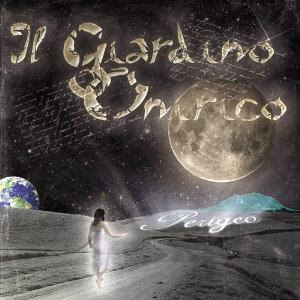 The first album from this Italian band after the release of an EP in 2010.

Il Giardino Onirico is a band who perform their music with guitars, plenty of keyboards, bass, drums and some spoken vocals.

When researching this band, I was referred to The Metal Archives and other metal places. The opening minutes of this album also starts with some pretty typical prog metal guitar riffs. Then the album takes some strange turns. Some pretty long ambient keyboard runs takes over and the album moves more into an atmospheric area. There are also a lot of symph prog on this album. Pink Floyd is a good reference. So is Goth Rock too. The same goes for experimental metal.

The music is mostly instrumental with some spoken narrative included. The melodies are drawn out and dream like. Almost ambient. I think the metal crowd will find this too ambient and melodic. The prog crowd will find too much metal here. I find this album plainly too confusing. I like the ambient stuff. But I am not sure where the band are going and what they are doing. This album feels like some of the earlier Tiamat albums. I am referring to their 1994 album Wildhoney.

Strange album, Perigeo. I like most of it and rate it as a good album. A bit more action would had been good, though. It is a good album and check it out on Youtube.