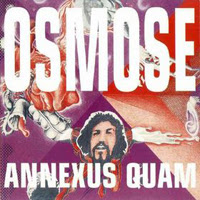 The debut album and the first of two albums from this German band.

The band name and album title very much hint towards krautrock. Which is the correct answer. Recorded in 1970, that also hints towards a pretty poor sound quality. Again, the right answer.

The sound is pretty poor and the music is in the cosmic jam area with some guitars chiming in over some woodwinds, flutes, bass and drums. That and various percussions and some very sparse vocals.

The result is an aimless meandering album which does not really do much for me. It is not as disasterous bad as some other albums in this genre (Amon Duul, raise your hands now). There are some sporadic good stuff here. Most of this album is pretty poor, though. Hence my not so generous sprinkling of points.