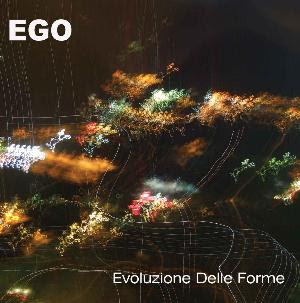 Finally, this band has delivered on their promise.

Their debut album MCM Egofuturismo from 2008 was pretty dire and was universally disliked and slaughtered in the reviews. That also includes my review. A generous two pointer. Far too generous, I was. Ego did not give up though. They has taken the best from MCM Egofuturismo and developed it on their Evoluzione Delle Forme opus.

Evoluzione Delle Forme is an instrumental album (with the exception from the final track) and it sounds like Le Orme going instrumental. There are a lot of ELP references here too. Not to mention church music and fusion. The music is performed with drums, bass, flutes and tonnes of keyboards. Despite of the cascades of keyboards, the music is still pretty organic.

My major gripe with this album is that there is no real great melodies here. The music also becomes a bit dull after some listening sessions. It's longviety is disputed. It is still a very good album though and well worth checking out.