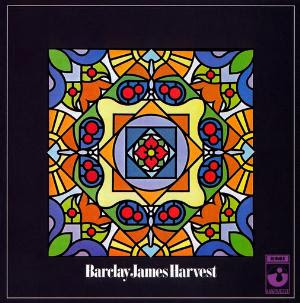 "Which one of you is Barclay ?"

My first ever meeting with this band after buying ten of their albums last year. The albums then went into cold storage.

I have always had problems with really understanding where this band fits into the scene. After listening to this album, I guess art-rock is the right label. This, their debut album takes the baton from The Beatles and merge their music with the likes of The Nice. The opening fiddle and hard rock on the opening song/salvo Taking Some Time On is really only a distraction from the main theme on this album. It is a good track though.

This album has the vintage sound too. A sound I really like. From Taking Some Time On and onwards, there is a great chamber classical music and folk music theme on this album. That and some strong hints towards The Beatles. All this a big plus in my book. The minuses is the overly use of strings on this album which makes parts of this album sounds like elevator music. Another minus is the lack of a real killer track. But my overall impression of this album is really good.

This is a very good album which has made me really interested in this band.


Originally published in ProgArchives 11. November 2011.
Posted by Torodd Fuglesteg at 17:26