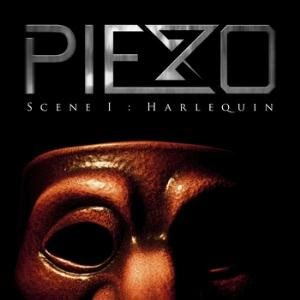 Another good debut album and band from Quebec, keeping the prog/art rock scene alive. The Quebec scene has always been a great one and "Quebec" is a stamp of quality.

Piezo is in the neo-prog and art rock tradition. This is a concept album and the first song Hope - A Walk Under the Sun is very much in the The Tangent tradition. So much that I sent The Tangent c/o their manager a Facebook message, recommending them to take a listen to this album. Which they should be although only half of that song is very much like The Tangent (come to think of it; The Tangent's sound is a Quebec like). This English band is though a very good reference to this album as a whole. A concept album full of intelligent melodic art/prog rock with both a slight metal and jazz edge.

The line up is guitars, tangents, bass, drums and vocals with some nice helpings of sound samples too. The vocals is good. The sound is very good. That makes Scene I : Harlequin an enjoyable listen. My main gripe is the lack of some great songs. This being a debut album, it is a well done job and I hope we will hear a lot more from this band again. This album is both offered as a digital download and as a CD from their homepage. See link below.