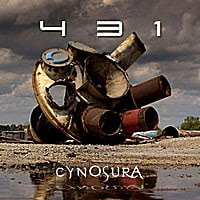 The debut album from this Swiss band and likely their only album ever due to the circumstances behind it. They lost their mainman and founder Craig McConnell last year after his long fight with a terminal illness. This album has beeen released in his memory.

The music here is AOR with some power metal and prog rock influences. There are plenty of guitars and keyboards here. The vocals are very good. Ditto for the bass and guitars. There are a lot of piano here too. Some flutes adds texture to the big sound picture. The songs are a bit of tender loving ballads and some more powerful fast songs.

I get the feeling this is a concept album. It has this overblown feeling and that is the major problem with it. Seventy five minutes long and most of it is an overkill. Most of the stuff here is as new to me as the invention of the automobile. Even the long guitar solos, a sure way to please me, sounds a bit overblown too.

This album is a heck of a lot sweet chocolate to swallow and too much for me. A couple of the ballads are really good. But my overall impression is a decent to good album which really does not interest me.