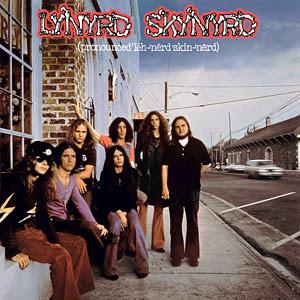 I never thought I would get into southern rock after buying a Molly Hatchet cassette 25 years ago and thoroughly hating it. Allman Brothers has also left me cold. This album, Lynyrd Skynyrd's debut album, also left me lukewarm after the first couple of listening sessions. Then it really started to grow on me.... Now, I find myself writing this review.

Lynyrd Skynyrd and this album is most definate U S A written with big letters and proclaimed from all hilltops. They are as honest American you can be. This album is a mix of blues, gospel, country, bluegrass and long haired rebels living in the south states. What strikes me most about this album is it's honesty. It is so down to the roots honest. Ronnie Van Zant's vocals is so sore honest & brilliant and I arrest myself in mourning his passing, 35 years ago. What a loss ! What a loss !

The quality of the album is great throughout. That is...... The songs itself is not that great and is really not my style. Their honesty and their vibes still makes this a great album. Then we have Freebird. One of the greatest anthems ever to come out of USA. The Star Spangled Banner of it's time. It is a truly brilliant song and with lyrics I (unfortunate) can identify with. I love that song. A song I had heard about, but never heard until this year. A short and passionate love affair, in other words.

Despite of it's shortcomings, Pronounced 'Lĕh-'nérd 'Skin-'nérd is a true great American album and one album well worth investing your hard earned money in.

I am genuine interested in this band now and will get the four other pre-plane crash albums.