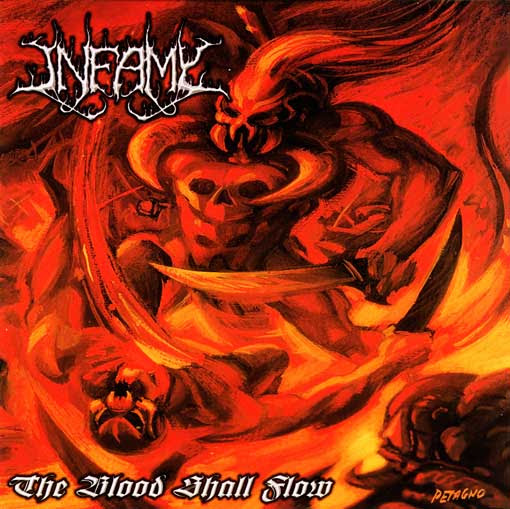 One of the better death metal albums from Repulse Records and out of print, I believe.
Infamy has finally made it on CD after the death of their main-man Joshua Heatley. This album is a fitting tribute to him.

Infamy does mid tempo and not overly technical Death Metal. The vocals are pretty death grunts. The sound a bit muddy. The bass is in the fore of the mix and the guitars are very muddy and down in the mix. The same goes for the drums. The bass is the king here.

I really liked this album back in 1998. Today though, this album is more like putting me to sleep for some hours than really intellectually stimulating. I have to admit mid quality death metal albums like this is no longer my cup of tea. This is by far not the worst suffering I have had to put up with from the death metal scene this year. But as I said; it is putting me to sleep. If you can get hold of this out of print album, give it a try.