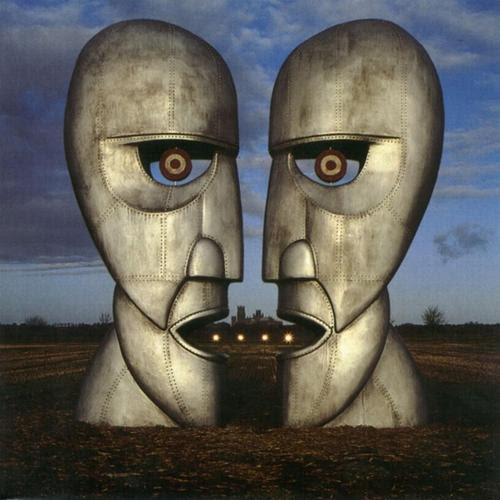 The fourteenth album from these British legends.

The band had split with Roger Waters by now and was a trio of Richard Wright, Nick Mason and bandleader David Gilmour. They had help from numerous guest musicians.

The previous album A Momentary Lapse Of Reason was the comeback album and the first one without Roger Waters. The end result was a very melodic album. An album followed by a big tour documented as the huge selling live album A Delicate Sound Of Thunder. Oh yes, I remember both albums and events very well.

The Division Bell is a continuation of the themes from A Momentary Lapse Of Reason. You get the 1990s sound here. You get the same type of melodies. The same guitar sound. The same wailing female vocals. The same David Gilmour vocals and mostly the same everything from that album.

What is missing is the good old Pink Floyd magic and edge. Magic and edge supplied by Roger Waters. Pink Floyd was not particular good without the four members. And this incarnation of Pink Floyd is suffering from a delusion of grandeur.