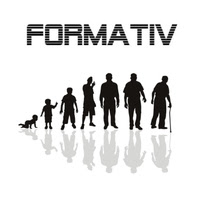 The debut album from this US/UK/Dutch band.

This four piece band has two members from Maryland in USA, one from UK and the fourth member comes from Holland. Their lineup is guitars, bass, drums, keyboards and vocals.

It is not known if these four persons have ever met each other as this album was put together on the net. It was also produced on the net. It is for sale at CD Baby.  I guess this is the way to go these days and I have no problems with that. The technology is here. Let's use it !

This sixty-five minutes long album starts out as a Yes copycat. This despite of the band describing this album as "unique music which blends classical, jazz, electronica and pop elements together". Well, right........

Besides of the influences mentioned above, there is a lot of modern US prog and rock here. The music is indeed soaring and very melodic. There is also a lot of Dutch neo-prog on this album.
There is a lot of neo-prog here, indeed. The vocals also reminds me a lot about Jon Anderson in Yes.

The end result is a good album. An album anyone into melodic progressive rock should check out. The first bits where they are a Yes copycat is very charming. The final ten minutes is a bit on the dull side. Nevertheless; this is a very solid debut album who deserves a lot of attention and praise. Praise hereby given. The next task for this band is to write some really great songs. The potential is there.