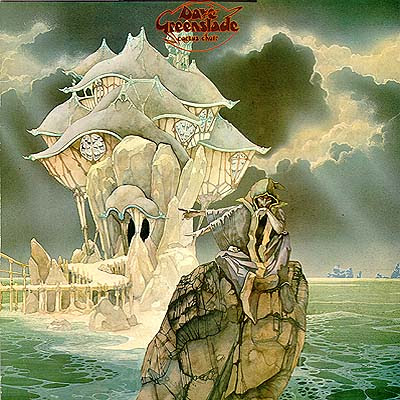 The debut album from this English artist and composer.

Dave Greenslade is off course better known for his bands Greenslade and Colosseum. On both bands, he collobrated with some pretty prolific musicians. On his own, so far, five solo albums, he has done all music.

This album though is the most Greenslade, the band, like albums of his solo albums. It is in all but name a Greenslade album.

Dave Greenslade is doing all keyboards here and has got help from numerous other guest musicians.
Mostly guitars, bass, drums, vocals and an orchestra. Classic music orchestra, that is.

The music has got a good eccentric English vibe throughout. Some clear references to Kevin Ayers are pretty obvious. The vocals songs here are that quirky and that Canterbury scene influenced. The song Time Takes My Time is a very good and quirky Canterbury scene song.

The vast majority is instrumental tracks though and showcases a great composer of movie soundtracks and just melodies.

The end result is a great album which is also helped a great deal by this Roger Dean cover. It is an album I find highly enjoyable. Get it, whatever it cost.