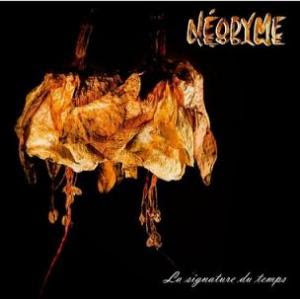 The band is from Quebec, a city with a great progressive rock and jazz/fusion tradition going back to the early 1970s. And Quebec has never really stopped giving us some great bands.

This four piece is fitting nicely into this tradition and scene. Their lineup is guitars, keyboards, flutes, bass, drums, trumpet, percussion, piano and vocals.

The music fits nicely into the Quebec tradition. Neodyme is a traditional Quebec band because their music eclectic. Very eclectic in fact.

Take a big chunk of fusion and jazz. Add some folk music and symphonic prog. Then add some experiemental metal and post-rock. Then you get the music on this fifty minutes long album.

Most of this album is instrumental and the vocals is only sporadic.

There is a lot of very good ideas and melodies on this album. The music is indeed eclectic. Very eclectic and very much based on rhythm structures. It sometimes also dips into zeuhl and avant-garde.

The lack of any really great tracks is my only gripe with this album. Besides of that, this is a good album which everyone into Quebec should check out.