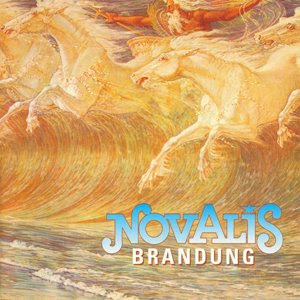 Novalis was a five piece band on this album with a lineup of keyboards, flutes, guitars, bass, drums and German vocals.

I was starting to warm towards this band after their previous three albums. Their music on those albums was a mix of krautrock and symphonic prog. Just what I like.

So I was looking forward to explore this band a lot more. So I got this album.

There is not much krautrock here. Just a lot of German rock and symphonic prog.

The sound is good enough and I like the vocals. The same goes for the instruments. But.....

My main gripe is the lack of any really good songs here. The music is simply too dull and to bereft of real quality to really interest me. I like everything else but the quality of the music.

Some good details here and there makes this an album somewhere between decent and good. Besides of that; this album is not something I like.

Edit: One of the themes on this album has stucked to my brain like glue. Which means I am upgrading this album to a good rating.