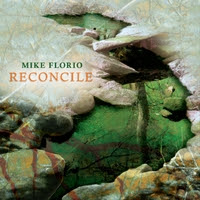 The third album from this US artist.

I know nothing about Mike Florio. I just know that some progsites (not ProgArchives !) has labeled his music as symphonic prog. His listing on CD Baby namedrops the likes of Foreigner, Kansas and Genesis as references.

I would say that CD Baby is more spot on when it comes to Kansas and Foreigner than Genesis. Forget Genesis. He and this fifty minutes long album is not anywhere near Genesis.

Reconcile is built around Mike Florio's keyboards. There are drums, bass, guitars and tonnes of vocals in addition to the keyboards.

I guess Mike Florio is doing the vocals. They are very much in the Foreigner vein. The one that belted out the massive plague like hitsong I Want To Know What Love Is. I get a lot of these associations from my reasonable happy childhood when I listen to this album. Foreigner is therefore a very good reference.

AOR in other words. This album is wholly AOR with cascades of keyboards added on.

The songs are not particular good. The music is overblown and sounds well over the top. This album is not a disaster as there are some good stuff here despite of overall being a pretty decent album.

If AOR is your kind of stuff and you are longing to get back to the 1980s and the 1990s before Nirvana killed that music; this album is straight up your street. But don't expect to be blown away by the quality of the songs here.